From November 26th to November 28th, the Fernie Nordic Racers were at a snow camp at Panorama. During the camp, we had the opportunity to take the chairlift and go cross-country skiing on the plateau at the top of the ski resort. We arrived on Friday afternoon to settle in and begin the camp. First, we did ice breaking games and played Mantracker. We also talked about the rules for the following day.

We arrived at the ski hill base around 9 am on Saturday morning, it was a skate ski day. Then we went up to the top of the hill. We experienced that it is not easy to get off the chairlift on skinny skis. After that, we went up a monster hill and arrived on the plateau. We did some drills and then we split up into groups for some activities. Then we had lunch. After we played a big game of British Bulldog with all the athletes. The younger groups went down first, while older athletes were practicing sprints. We went down the monster hill and then down the cat track to the chairlift, the downhill was a very fun experience. Later we took two chairlifts to get back down to the base area.

Here is some feedback from the Fernie Nordic Racers. Cameron Etue said “It was a lot of fun and very well planned and put together. I loved being on top of the mountain with the beautiful scenery and the awesome coaches. I learned a lot of new stuff and I spend a lot of time with friends.”

Graham Etue added ‘’It was great to spend time with other people outside and be able to ski as there is no snow in Fernie. I really liked it.’’

In conclusion, we all agreed that it was a very fun experience. We thank Toby Creek Nordic Club for organising this event and making this memorable experience possible. 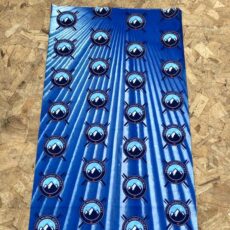 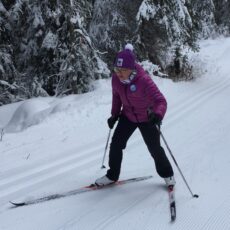 An adult-oriented activity for January 2021